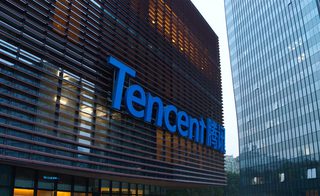 From China to Frankfurt

Li Shiwei, President of Tencent Cloud Europe, announced back in December 2019 that this Chinese digital company plans to expand its activities in Europe. And Germany is Tencent’s most important market outside of China.

At the start of this year, the planning came to fruition: Tencent Cloud Europe GmbH, a subsidiary of Tencent Holding Ltd., came to Hessen. With the opening of the new office in Frankfurt, the group offers European companies cloud solutions that make it possible to accelerate the work of businesses with their industrial customers and partners all over the world. Our partner for the greater Frankfurt area, FrankfurtRheinMain GmbH International Marketing of the Region (FRM GmbH), supported Tencent in the move, together with the Frankfurt Economic Development GmbH.

Dr. Rainer Waldschmidt welcomed the digital company to Hessen: “Tencent fits perfectly into the digital landscape of Hessen. The move shows how valuable our location is for global companies from the IT sector.” Eric Menges, CEO of FRM GmbH, is also pleased with this growth in the region’s already very strong IT sector: “Everyone involved is delighted that one of the world’s largest and highly valued internet groups is now represented with a branch in Frankfurt. With this development, the region is expanding its role as the leading location for Asian companies in Europe.” Oliver Schwebel, CEO of Frankfurt Economic Development GmbH, sees the settlement as a further strengthening of the world's largest Internet Exchange and of the location as a "Gateway to Europe".

Tencent was founded in the Chinese city of Shenzhen in 1998 and is now one of the largest internet companies in the world based on market capitalization. Tencent gained international recognition as the world’s largest platform for online gaming. The IT provider is also China’s largest social media and entertainment company. As a global service provider, Tencent Cloud operates data centers around the world. Two of these European Internet Data Centers (IDCs) are located in Frankfurt, where they use the region’s outstanding scalable infrastructure.

We are delighted with this development and are happy to be able to say “Herzlich Willkommen, Tencent!”

back
<
>
News / From China to Frankfurt