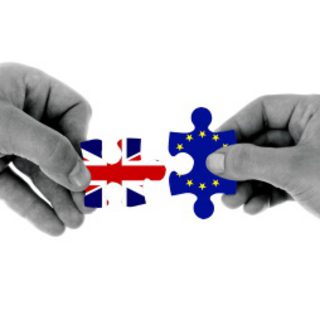 Although a hard Brexit “is far from being off the table,” as Minister of European Affairs Lucia Puttrich reminded audiences just recently, the business and policy worlds have prepared themselves well over the past three and a half years. Especially beyond Britain’s borders.

More than 3,000 Britons have applied for citizenship in Hessen over the last three years, with half of those applications received in 2019 alone. Over a hundred companies involved in the financial sector and the real economy are also expected to shift tasks to Hessen, or already have, as a result of Brexit. By the fall of 2019, 31 foreign banks had chosen Frankfurt as an alternative location to London. That puts the German financial center far ahead of Paris (eleven) and Dublin (nine), keeping it in place as the centerpiece of Europe’s financial sector infrastructure.

The policy sphere in Hessen has also been getting ready. Protections from dismissal for top earners have been loosened, and other aspects of the overall legal system have been adjusted to make Frankfurt an even more attractive place to do business in the financial world. An English-language chamber for international trade matters has also been established at the Regional Court of Frankfurt. All of this has been done with the backing of a stable network of policymakers, businesses, and associations. As Minister of Economics Tarek Al-Wazir recently pointed out in a press conference on the subject, “Here in Hessen, we stand up for free trade, open markets, and open borders. We are firm believers in Europe. That’s why we regret Brexit so much.” Al-Wazir also stressed that Hessen plans to maintain its good relations with the UK now and in the future and to continue to deal with the country in a spirit of partnership.

Export companies from Hessen have spent recent years aligning themselves toward new target markets outside the UK in preparation for Brexit. This development is also reflected in current figures, as export volumes to the UK declined from 4.3 billion euros to 3.9 between 2018 and 2019. On the import side, by contrast, there has been growth – figures were up from 4.9 billion euros to 5.2, owing to factors including the declining value of the British pound.

As you can see, Hessen has drawn its own conclusions about Brexit and prepared for the future. Al-Wazir, Puttrich, and finance minister Dr. Thomas Schäfer sum up: “Hessen is successful with and throughout Europe and plans to stay that way in the future.”