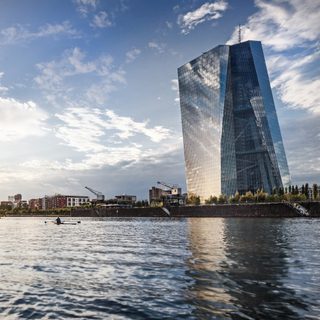 Hessen has yet again asserted itself as a prime foreign investment destination in the face of worldwide competition. The past year saw 193 foreign companies either gain a foothold for the first time or expand their current operations in Hessen, 20 more than in 2017.

Tarek Al-Wazir, Hessen’s Minister of Economic Affairs, emphasized the particularly sharp rise in investments stemming from the United Kingdom, noting that “Hessen has and will continue to benefit from its central location in the very heart of Europe as well as from a robust transportation infrastructure, highly skilled specialists, excellent universities, a cosmopolitan atmosphere, and a high quality of life.”

The United States at the top of the list

The statistics were gathered by Hessen’s own business development agency Hessen Trade & Invest GmbH (HTAI) in cooperation with the regional and local business development agencies. Topping the list of countries from which companies established operations in Hessen in 2018 are the United States (54), the United Kingdom (29; up from 12 in the previous year and surpassing China), China (22), Japan (14), India (11), and France (11). The IT and communications industry (40) and the financial services industry (39) were the most heavily represented sectors with the Frankfurt metropolitan area ranking as the primary investment destination.

“In addition to the 29 UK-based companies currently opening new locations or expanding existing locations in Hessen, eleven additional international investors cited the upcoming implementation of Brexit as the reason for their course of action,” explained Al-Wazir. “Although it views Brexit as an ill-advised misadventure that could bring about dire consequences for Europe, the government of Hessen possessed the necessary foresight to respond to Brexit in a quick and savvy manner that has served to attract foreign companies to Hessen wishing to establish a new foothold in the European Union.”

HTAI’s CEO, Dr. Rainer Waldschmidt, pointed to the steady growth in the number of foreign companies opening new locations and expanding current locations in Hessen since the founding of HTAI in 2012. “This development underscores Hessen’s appeal as a business location and marks a solid achievement on the part of Hessen’s network of business development agencies.” Hessen’s business development agencies have provided assistance for a total of 948 foreign investment projects over the past seven years.

Chery Europe (Raunheim): Chery Automobile Co. Ltd. ranks among China’s largest auto manufacturers. Chery Europe GmbH is in the process of creating a development and design center in Raunheim with the aim of establishing a foundation for entering the European market. Chery Europe plans to boost its headcount in Raunheim to 30 to 50 employees by the end of 2019.

King’s College (Friedrichsdorf): The UK-based King’s College private school network opened its first German location in Friedrichsdorf in August 2018. The school will provide English-language instruction and is designed to accommodate around 500 students.

Bank of Taiwan (Frankfurt): Taiwan’s largest bank opened the doors to a representative office in Frankfurt in the spring of 2018 with the aim of directly serving its EU-based customers. The representative office was established in cooperation with the government of Hessen and the business development agencies FrankfurtRheinMain GmbH and Wirtschaftsförderung Frankfurt GmbH.

Silicon Valley Bank (Frankfurt): Known as the US tech industry’s bank of choice, SVB issues loans to startups and investors and provides capital to innovative midmarket companies. The bank was founded in 1983 and claims to have financed more than 30.000 startups.